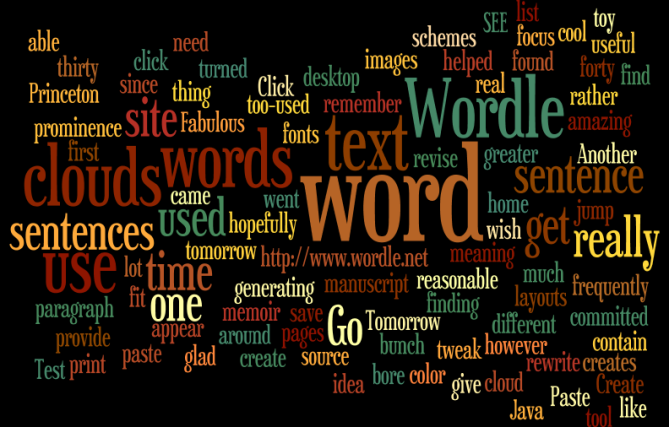 I have really really tried to stay sane over these past few days since the election. In my best-case scenario mode, I have said, well, his kids love him, so maybe there’s something there; well, he was a Democrat three years ago, so maybe he’ll be wiser than he talked; well, his comments the morning after the election were calm and reasonable, so maybe it will be okay; well, he seemed to listen to Obama’s plea to retain at least some of the health care coverage, so maybe…..

And then the news stories appeared about riots. I was in riots in the 60s and the country managed to heal from that, more or less. But then the stories of ordinary people using hate language in schools and bars started piling up, and Kelly Ann Conway, Trump’s golden haired campaign woman, said Clinton should speak up about the riots and get them to stop.

That’s when I lost my best-case scenario mode. Mrs. Clinton, as Ms. Conway should realize, is not the commander in chief nor the presumed commander, she’s a private citizen. Remember? It might be far more effective for our next presumed commander to speak up, instead, sort of like “I haven’t forgotten you either and I’ll care about your grievances.”

Riots erupt in cities and reports fill with news of harassment. And I, who am rarely hopeless, struggle with hopelessness.

In this bitter and divided country, how much more elegant it might be to speak from the heart rather than the spleen. Politicians — probably all of us — use what we have to get what we want. Or think we want. Or maybe desire is the word. Certainly not need. An interesting stair step of words: need, want, desire.

I choose not to be afraid or use that word because fear cripples. But I am concerned at the virulent language let loose to degrade, diminish, and threaten. How could we not have understood there was a flood of that language in private conversations throughout our country? I had no idea.

On Wednesday after the Tuesday election, with shopping on my to-do list, I realized something remarkable. Everyone was being kind. People in cars allowed others into the traffic stream; in the parking lot, cars were careful with seeing someone heading for a spot and allowed her/him to have it first. A young man, Marcos, and I had a long conversation at Trader Joe’s. He and his wife had decided they needed to get involved with local community building and were already reaching out to see where they could be used. Inside, people were careful with carts, slowing down, nodding and smiling with each other.

Okay, so it was Trader Joe’s and often the ones who shop there are pretty much on a similar wave length, but there was no dashing (and dashing can be a common factor even with those buying organic), no trying to beat someone else into a checkout line. Instead, we watched out for each other.

Leonard Cohen died at the same time progressive dreams died. Or at least sputtered. We all, no doubt, have favorite Leonard Cohen lines. The first song I learned to play on a guitar was Suzanne, but several news sites mentioned another line, one I had forgotten.

There’s a crack in everything, that’s how the light gets in.

Young women are mobilizing like they haven’t since the 70s. Gloria must be shaking her head in amazement. I am. It’s about time! we both, no doubt, think. There’s a Million Women March in the planning stages. Granddaughter Maria Kristina, a millennial, wants to go. When those millennials started showing up in my college classroom, saying they wanted to make the world better or care for their families or in other ways assist (none of them said they wanted to make a lot of money), I realized this was the generation I was waiting for.

Twenty years ago when I first registered my grandson, an Amer-Asian, into school, there were only three boxes to check for race: White, Black, Asian. “He’s none of these,” I said. “You need another box.” Now there’s a box, Other, as if that’s a fine choice to a huge population of mixed race youth. My grandson brought Maria Kristina into our small family. Her family is Filipino. I suspect many of the youth protesting are mixed race, too.

The crack that lets in upheaval is sometimes a necessary path to clarity. I desire change. I suspect it’s upon us.